All posts in Urban

After almost one year without any urbex trips I decided to plan one with two friends from the east.This ttime uut target was to visit an big cooling tower in Belgium. At arrival we parked our car and entered the tower via the door. We were impressed by the amazing view, which combined with the rain, delivered very nice pictures.

In the picture below you can see internal of the cooling-tower where in the middle water is pumped up, and distributed over the small canals. Via small wholes in the canals the water is falling down and will at the same time warm up the upraising air with results in cooler water. This water is pumped in the canal. 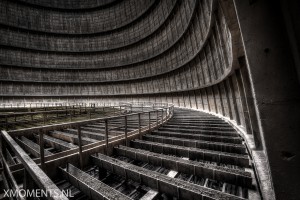 After the cooling tower we walked toward the power-plant, and were able to enter it via the entrance which was open. It was clearly visible that the plant was being decommissioned, and removed. We walked around for many hours at ground level till the top floor which presented us a nice view of the surrounding area. During our visit we also saw other people that claimed that they were workers, which fpr me sounded a bit strange because of a camera-bag at his bag. Anyway, we had no further issues, and return to our car where we finished lunch before heading home. 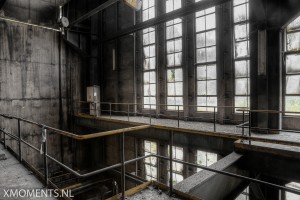 It was very successful trip, and for all the pictures you can check out the following LINK